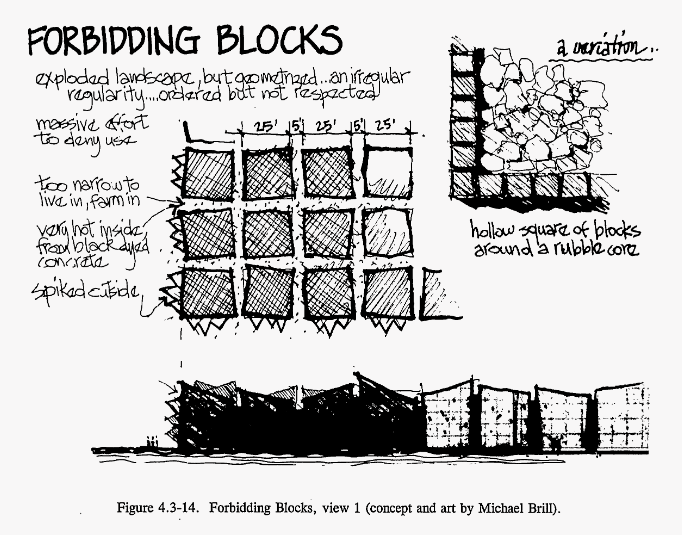 This place is a message …
and part of a system of messages …
pay attention to it!

Sending this message was important to us.
We considered ourselves to be a powerful culture.

This place is not a place of honor …
no highly esteemed deed is commemorated here …
nothing valued is here.

The Expert Judgment on Markers to Deter Inadvertent Human Intrusion into the Waste Isolation Pilot Plant document is best know for the inadvertently humorous message quoted above, but it’s an interesting document in its own right — even if only for the now rather quaint idea that one can and should make efforts ensure that earth will be livable for whoever remains on it in 10,000 years. It’s interesting to flip through, but also so long that I can’t necessarily recommend that one read it all the way through, so I’ll pull out some interesting snippets and things that I think can be learned from them here. 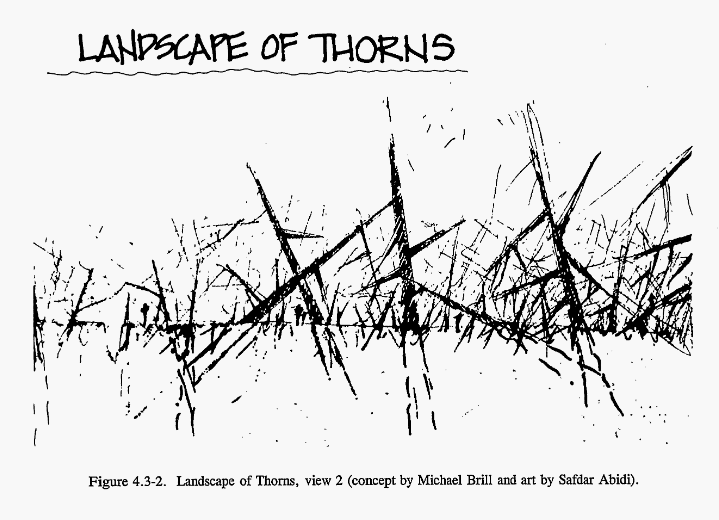 Value of land increases when knowledge that toxic material is buried there becomes lost. This results in a tendency by local government bodies to lose, destroy, or forget such information.

This is just a small footnote in the report, but it hits extremely hard, being simultaneously true, obvious, and shocking. You can substitute “land” and “toxic material” for lots of other things and still have this general principle remain true. We often look to governments as custodians of long term records that must last for many generations, but how those records are handled very much depends on the incentive structures at play: cadastral maps tend to be quite well kept, while no copies remain of many of the treaties that the United States government signed with indigenous people. Archival is inherently political, and we ought to think carefully about what things we rely on the government to track. 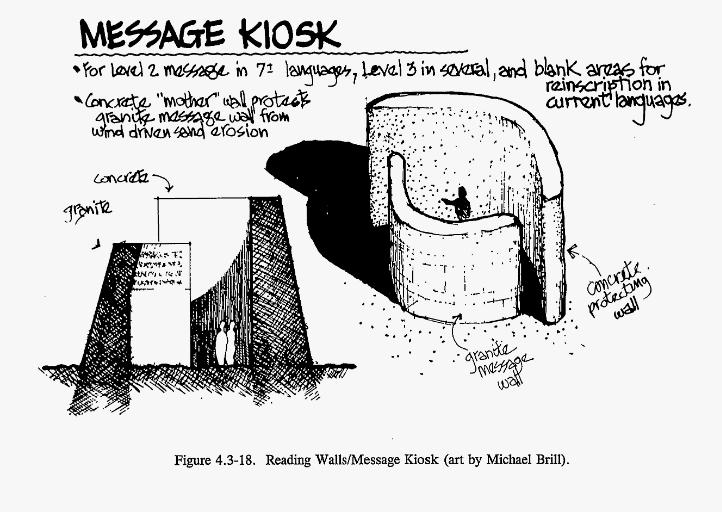 One interesting coincidence is that the chosen 10,000 year timeline is the same number that was chosen for the Clock of the Long Now, a project funded with $42 million from Jeff Bezos, while the actual Waste Isolation Pilot Plant fights for funding in the Senate year after year. Philanthropists are happy to fund art projects to “inspire people to think in the long term,” but when it actually comes to operating their businesses in a way that is consistent with that, it’s of course too costly to even consider. 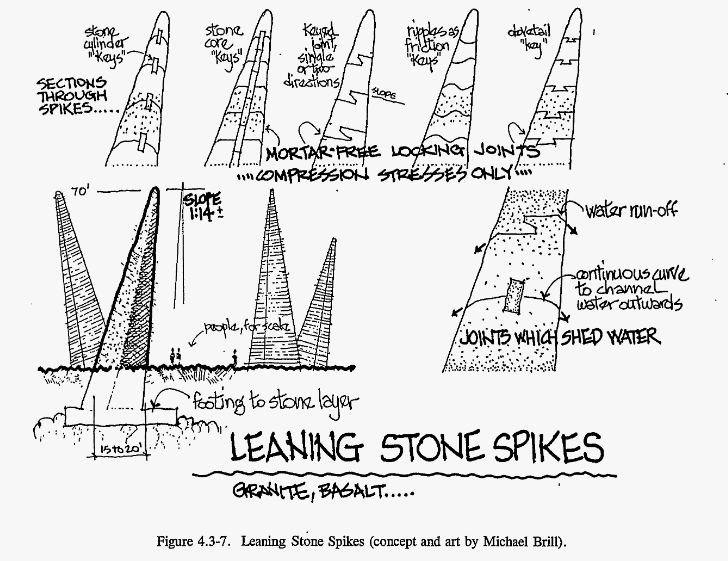 Consideration of barriers is not included in the charge to the panel. The distinction between “markers” and “barriers,” however, becomes blurred in cases where message bearing markers cannot be read without taking physical action. For example, to read a subsurface marker requires digging or plowing at the site, and to read markers buried at the depth of the waste panels requires excavation or drilling. Plowed up markers can be read easily, but fragments flushed up during drilling are so small that inscribed messages are likely to go unnoticed. Therefore, a marker system on the level of the waste panels should include a component that forces the driller closely to inspect the material being drilled into. Encounter of ultrahard material fragments, or even thermit ignited by a mechanism set off by drilling through the enclosing titanium container would achieve this objective.

My first tech job was working on a system that was almost as old as I was. One of the changes I made to the system was removing almost half of the tables in the database — they were being written to and read from, but the sum total of the all of the writing and reading was absolutely nothing.

Computing is a young field, and before long, it may be that more people than not work on systems that were started before they were born, and which will likely continue to exist after they die. When working on these systems, it’s important to think about how knowledge is passed along - docs will fall out of date or get lost, VCS history may disappear. But that doesn’t mean that we can’t leave warnings in the structure of the code itself. What is the programming equivalent of embedding thermit into the ground to warn potential drillers of danger? 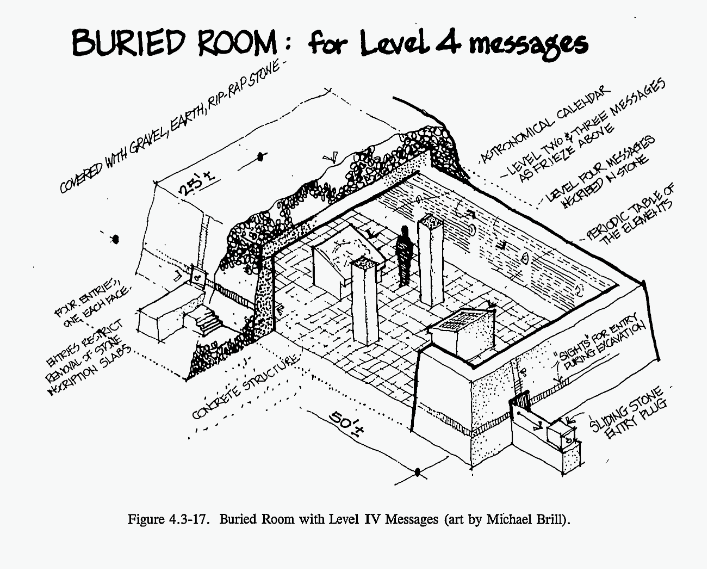 An interesting thing about the report is that it takes as almost a given institutional collapse within 10,000 years. This is clearly reasonable — “civilization” at all has only existed for half that time, the longest-lasting empire only around 10% of that time, and the United States for only around 2% of that time. Given that, it clearly makes sense to consider and weigh the possibility of institutional collapse as part of the decision-making process for storing nuclear waste. It’s interesting to consider how short a horizon we need to look at for it to be reasonable to round the possibility of institutional collapse to zero — if we take the Lindy Effect to be true for civilizations Not a trivial prior, but a semi-reasonable first order estimate, in my opinion. , then we should only expect the United States to be around for on the order of a few hundred more years. Is it wise to build nuclear power plants, under the assumption that we will have the societal structure needed to maintain them for their entire life cycle?

We can also apply this same sort of reasoning to making personal commitments — when we commit to a project, are we sufficiently sure that we will continue to have the capability to complete the project for as long as is necessary? I don’t know how to make that decision, but perhaps looking at nuclear waste will help me consider it.